Collotype: What is it?

The Collotype printing process holds a distinguished place in print history as one of the first photo-mechanical techniques to be introduced to the print industry.  The process was invented in France in the 1860’s and soon after perfected in Germany.

Although the continuous tone, lithographic style printing technique was never used for mainstream high volume print production, aspects of its high quality output still pierce our collective conscious. Most notably through the iconic images of Edweard Muybridges’ ‘Animal Locomotion,’ Illustrations of important scientific publications such as Darwin’s ‘Expressions and Emotions of Man and Animals’ and also through a large percentage of the picture postcards published up until the 1950’s.

In terms of Fine Art, collotype was used for the reproduction of paintings and graphic works for a similar market as to that now covered by digital Giclee printing. Despite collotypes reputation for confounding notions of originality by the mainstream printmaking establishment of the time, a number of groundbreaking artists tapped the extraordinary skill base of the collotype industry and employed it for the production of ‘original’, printed artworks. Pioneers of this approach include the printed contents of Marcel Duchamp’s Green Box and Travelling Suitcase, Max Ernst’s Histoire Naturelle series and many of the iconic Pop Art prints created by Richard Hamilton from the 1960’s through to the late 70’s.

Despite its unique image fidelity (even by today’s high standards), the economic viability of the finely crafted medium was near fatally eroded in the latter half of the twentieth century by higher volume but lower quality printing methods such as offset lithography. Collotype production is now on the verge of extinction with the once broad network of ateliers scattered throughout the world, being reduced to only a handful of survivors.

In my capacity as a print researcher and artist I have been lucky enough to work with, and learn some of the finer points of the process and its history from three of the main surviving studios – Lichtdruck Kunst Leipzig, http://www.lichtdruck.de/ Alinari, Florence http://www.alinari.it/en/stamperia.asp and Benrido Kyoto http://www.youtube.com/watch?v=vNRo5AomkXM . There are also a still small number of individual practitioners and enthusiasts scattered around the world still upholding its legacy and  practice as best as possible.

From my perspective as an artist the process offers much in the digital age. My research in integrating digital imaging with its highly photographic qualities has enabled me to explore the new creative possibilities of fusing a unique analogue like warmth to the creative flexibility of the digitally processed image. 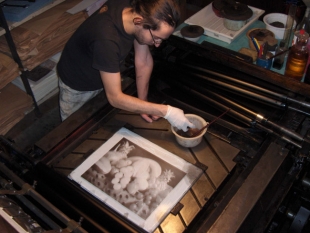 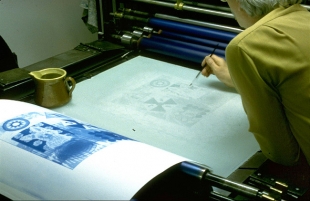 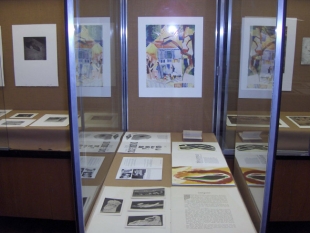